We are Covid Safe – Click here for more information

Sarum Vision organised a charity bike ride around the south coast taking in the beautiful sights of the New Forest, the Jurassic Coast and Dorset to raise money for Afghan refugees remaining in Afghanistan. Tens of thousands of Afghans, particularly women and children were forced to flee their homes when the Taliban overran the country following the withdrawal of Western forces. There is a humanitarian crisis with lack of shelter, medical aid and clean drinking water. At Sarum Vision, we were keen to make a contribution to the UNHCR appeal https://www.unhcr.org/uk/afghanistan-emergency.html, and it seemed like a good opportunity to combine our passion for cycling with helping this great cause.

We love a challenge! 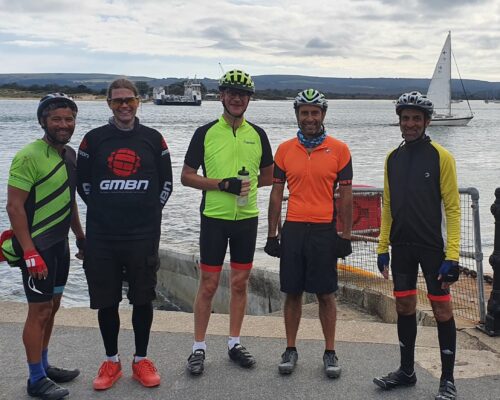 The ride took place over a weekend in late September. The starting point was Salisbury and on the first day the route took in highlights of the New Forest including Lyndhurst, Beaulieu and Lymington. The riders then cycled along the south coast past Hurst Castle, Highcliffe Castle and a short ferry ride to Mudeford spit and Hengistbury Head. The sandy beaches of Bournemouth and Sandbanks made a perfect viewpoint for a coffee stop. The riders then hopped over to the Isle of Purbeck for the night. All the riders slept very soundly after 80 miles in the saddle on the first day!

The second day brought glorious weather and views along the coastal roads to West Lulworth, taking in Corfe Castle and Lulworth Cove. After a welcome lunch break at Walled Garden https://walledgardenmoreton.co.uk/the-dovecote-cafe/, the riders headed back via the North Dorset cycleway to Salisbury.

Naeem Haq said of the event “It was tough, but we all made it and it was particularly poignant thinking how fortunate we were riding through some of the most beautiful scenery in the world in contrast to the plight of the refugees in Afghanistan. I am just so pleased that we were able to raise some money for this really important cause”. 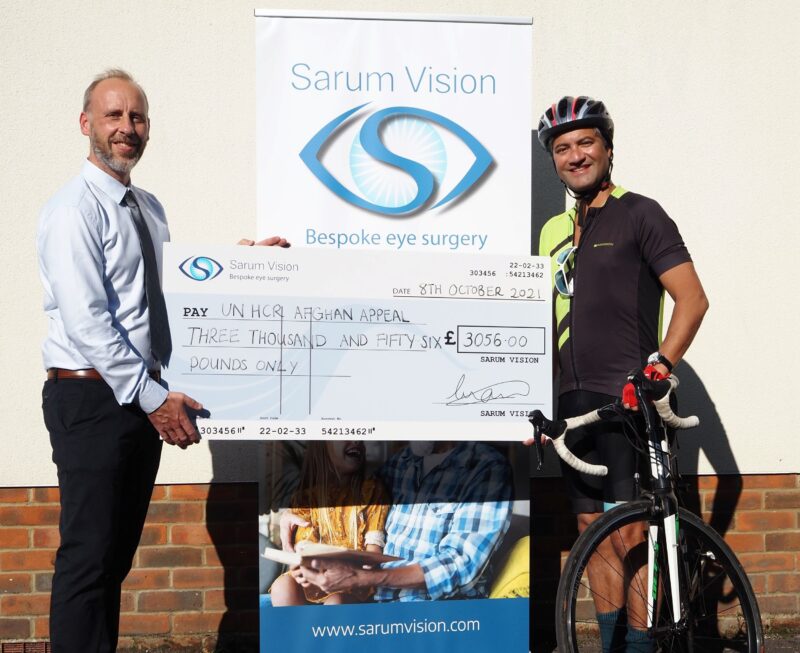 In all, the five man team rode 150 miles and raised £1526 in donations which was then matched by Sarum Vision to give a grand total of just over £3056 which was donated to the UK for UNHCR Afghan Appeal.

We hope to make the charity ride an annual event, so keep an eye out for future updates!